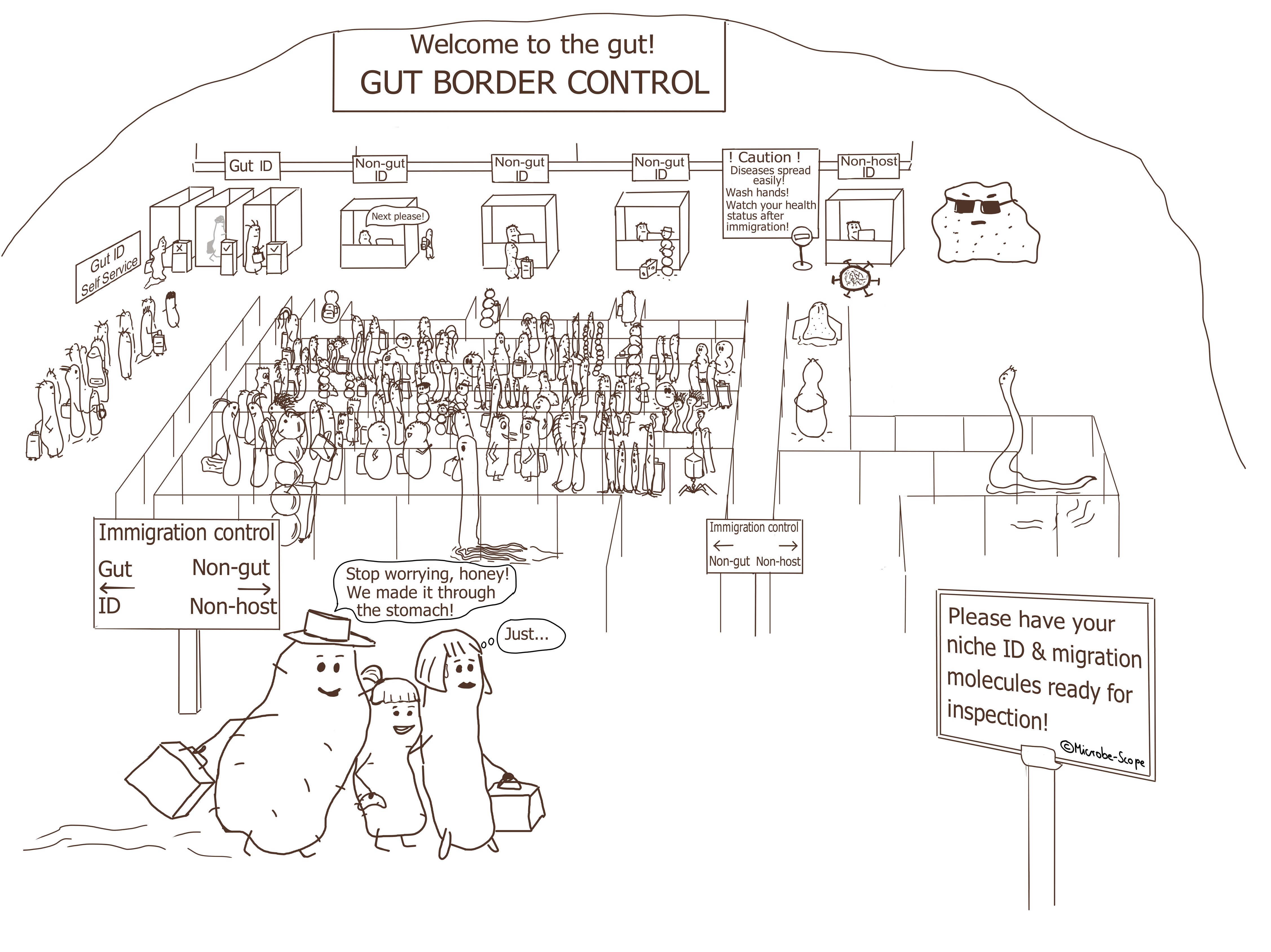 Oral bacteria travel to the gut – and stay?

We share our body with trillions of microbes that contribute to our well-being. They live and prosper in different niches in our body and scientists mostly believe that these niches are separated and exclusive communities. In the scientific journal eLIFE, scientists from Germany, France and Luxemburg now challenge that view by suggesting that  migration of oral bacteria is not as restricted as was previously thought and that in healthy people these bacteria continuously make it to the gut to become integrated members of the local community (eLife March 2019, Schmidt et al.).

Both the human mouth and gut are colonized by rich and diverse microbial communities referred to as microbiota. Scientists have assumed that successful migration from the mouth to the intestines only rarely occurs and if it does indicates diseases such as inflammatory bowel disease, cancer and rheumatoid arthritis. The acidic environment of the stomach and antimicrobial bile acids are thought to make an efficient microbial border control between the two different niches in our body – the mouth and the gut. From the bacteria that we swallow every day with the saliva, scientific studies have estimated that only about 0.001 to 0.0001 % survive the stomach (that still makes an impressive 15 million bacteria, though). However, studies have also shown that some bacterial species are present on both niches. 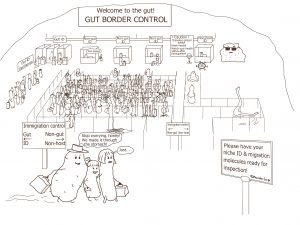 The authors set out to address this issue by profiling the microbial populations of saliva and feces samples of 470 people from five different countries. Some of these individuals were healthy and some suffered from either colorectal cancer, rheumatoid arthritis or type-1-diabetes. They found that migration or transmission of oral bacteria to the gut frequently occurs in healthy people. The authors also reason from their statistical analysis that these immigrants do not just passively travel through the digestive system but stay and colonize the gut. The scientists also analysed bacterial migration in disease. They detected increased transmission rates in patients with colorectal cancer and rheumatoid arthritis (but not in diabetes patients). Interestingly, they also identified bacterial species that can be responsible for dental caries or endocarditis* to have high migration rates.

From their findings the authors of the study propose that the mouth is an internal resource for microbes to colonize the gut and participate in diseases such caries, heart infections, and gut inflammation and cancer. Because they found such a high frequency of microbial migration they conclude that the current model of the oral-gut-microbiota association with health and disease should be revised and that their results will have implications for disease prevention and new therapy approaches. 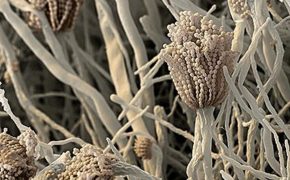